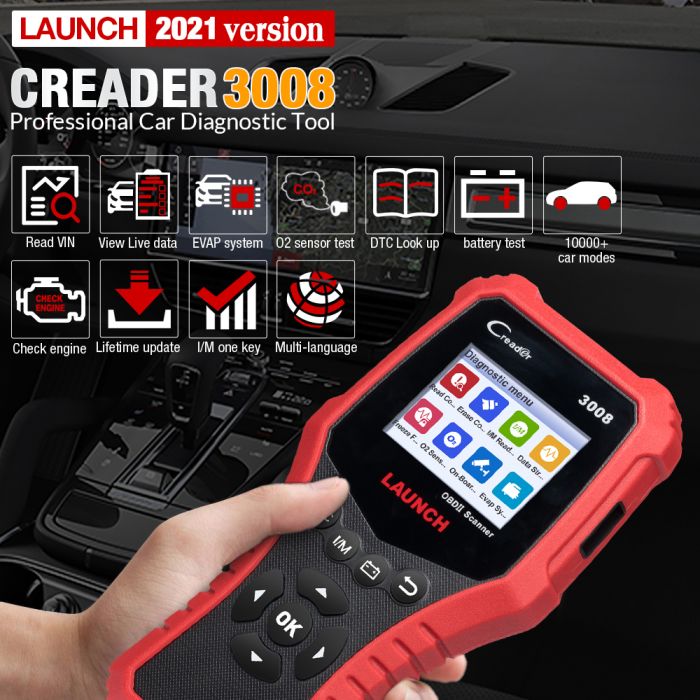 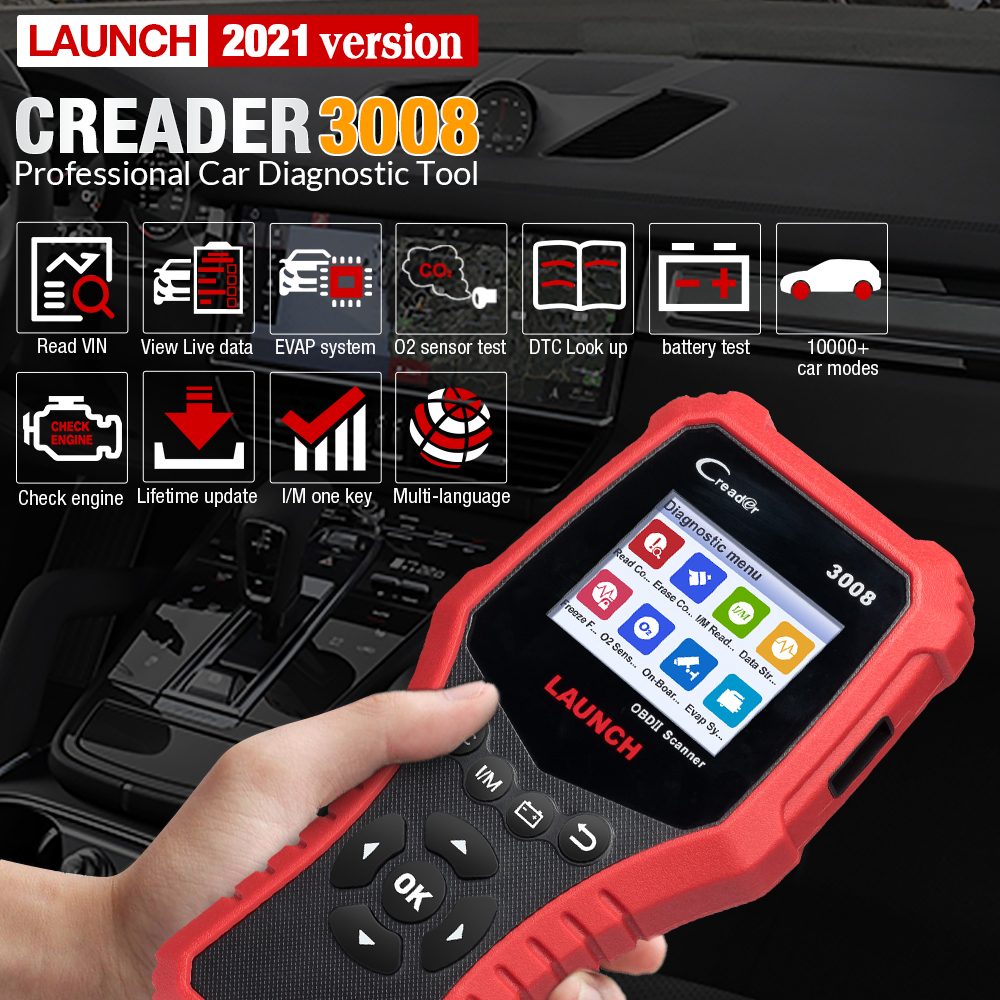 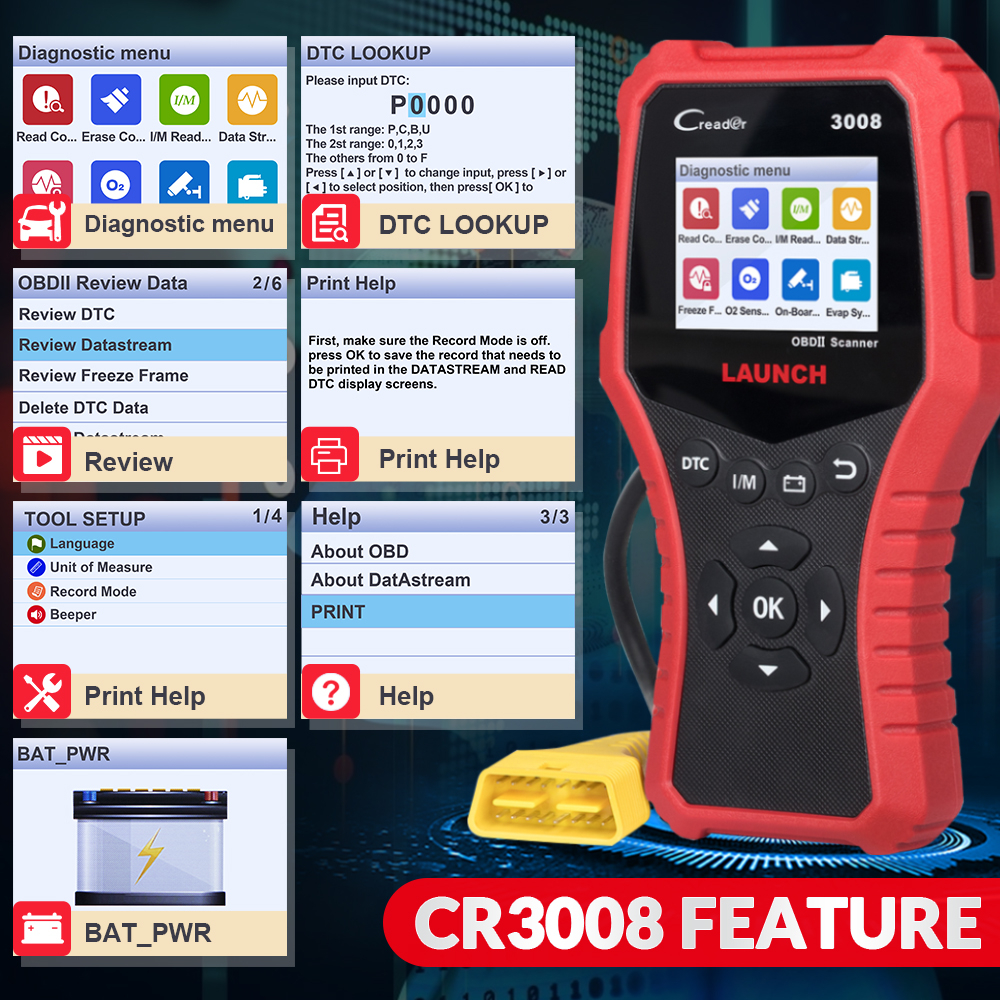 • I/M Readiness Status
Shows whether the various emissions-related systems on the vehicle are operating properly and are ready for inspection and maintenance testing. 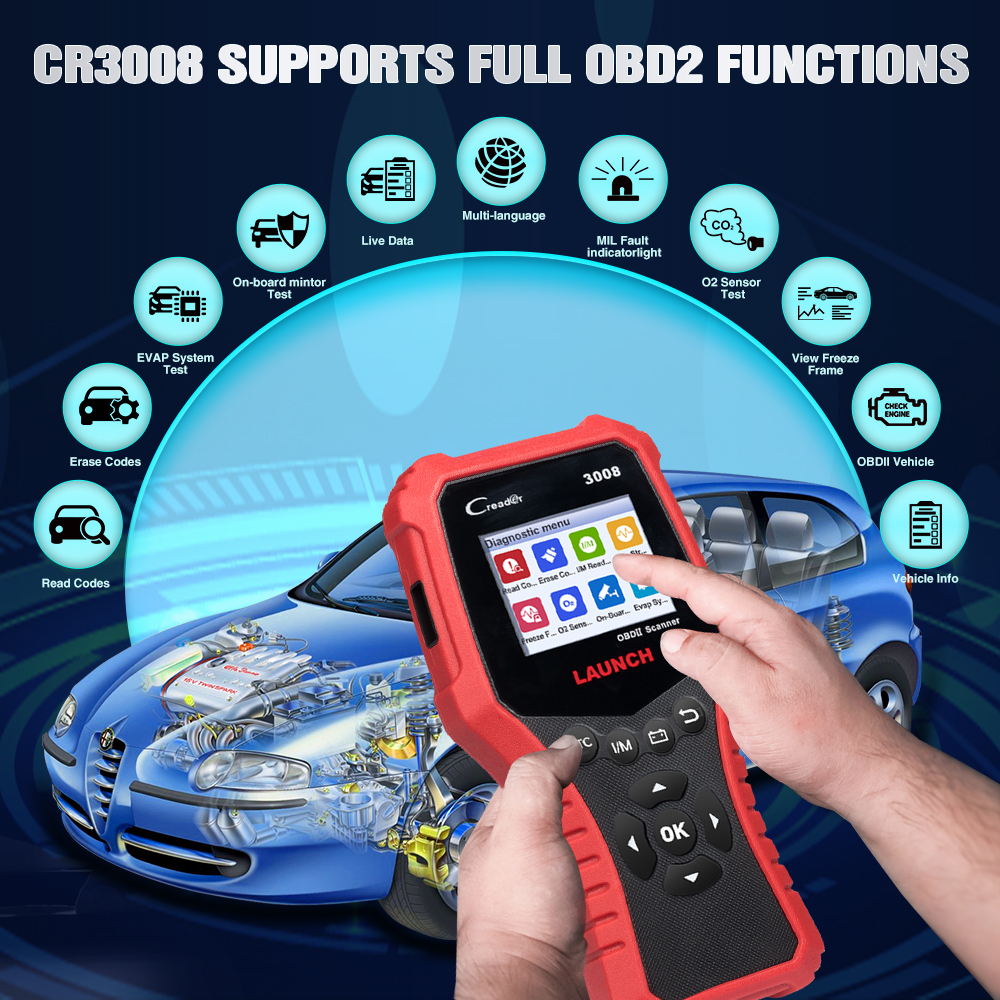 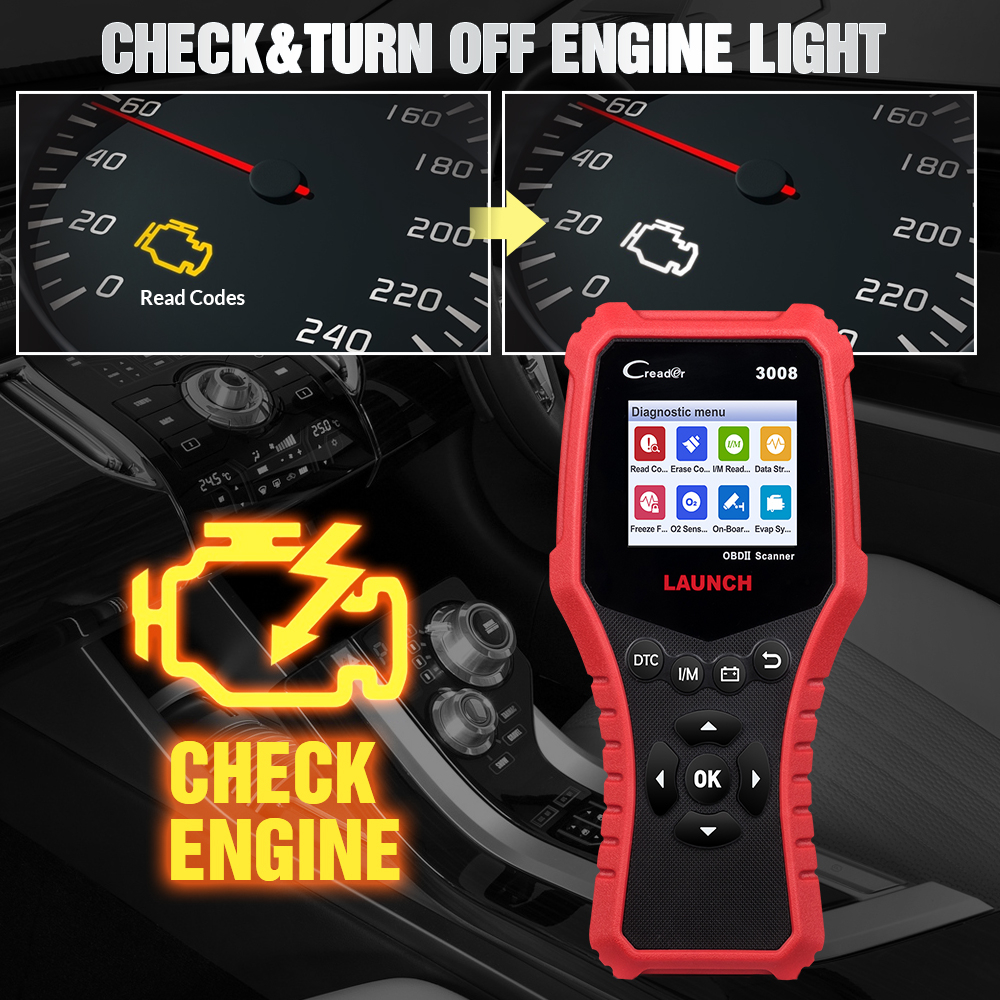 Routinely check the battery status daily to effectively ensure the battery usage status; Before performing OBD diagnosis, it is recommended to check whether the battery is normal before repairing 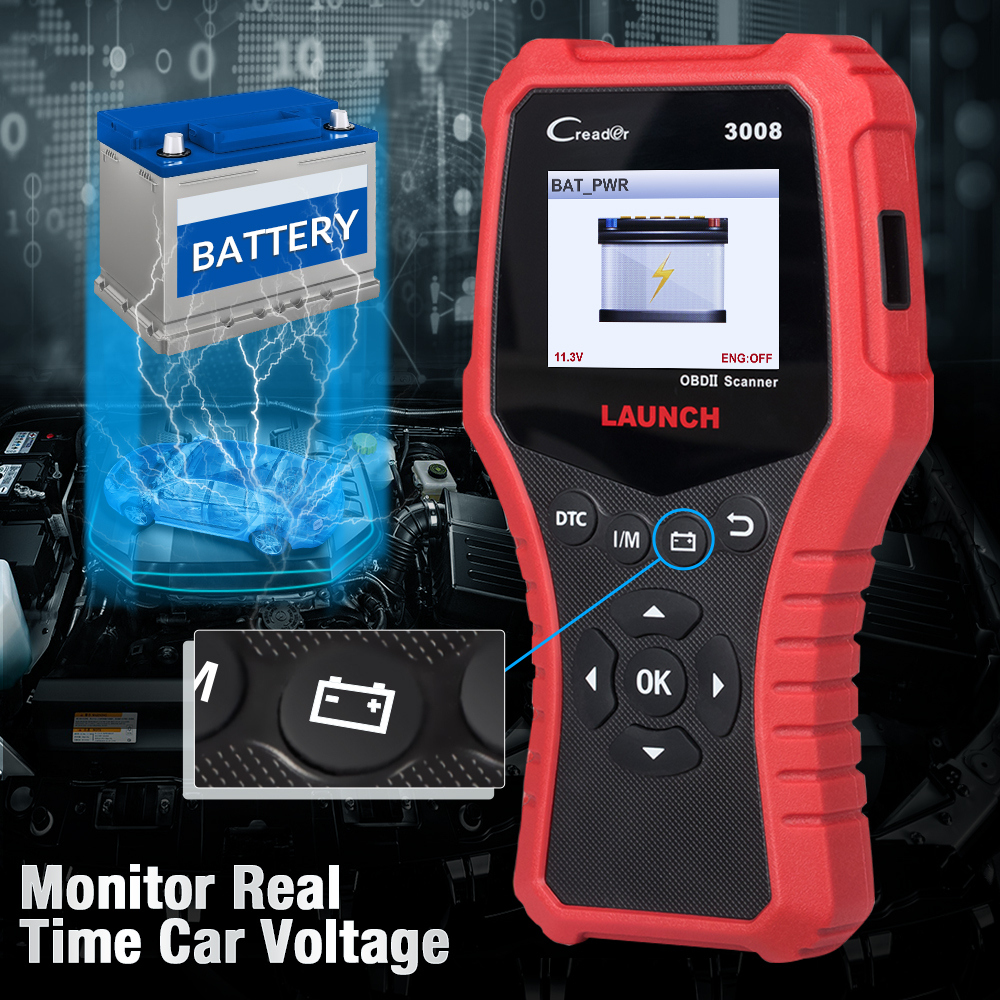 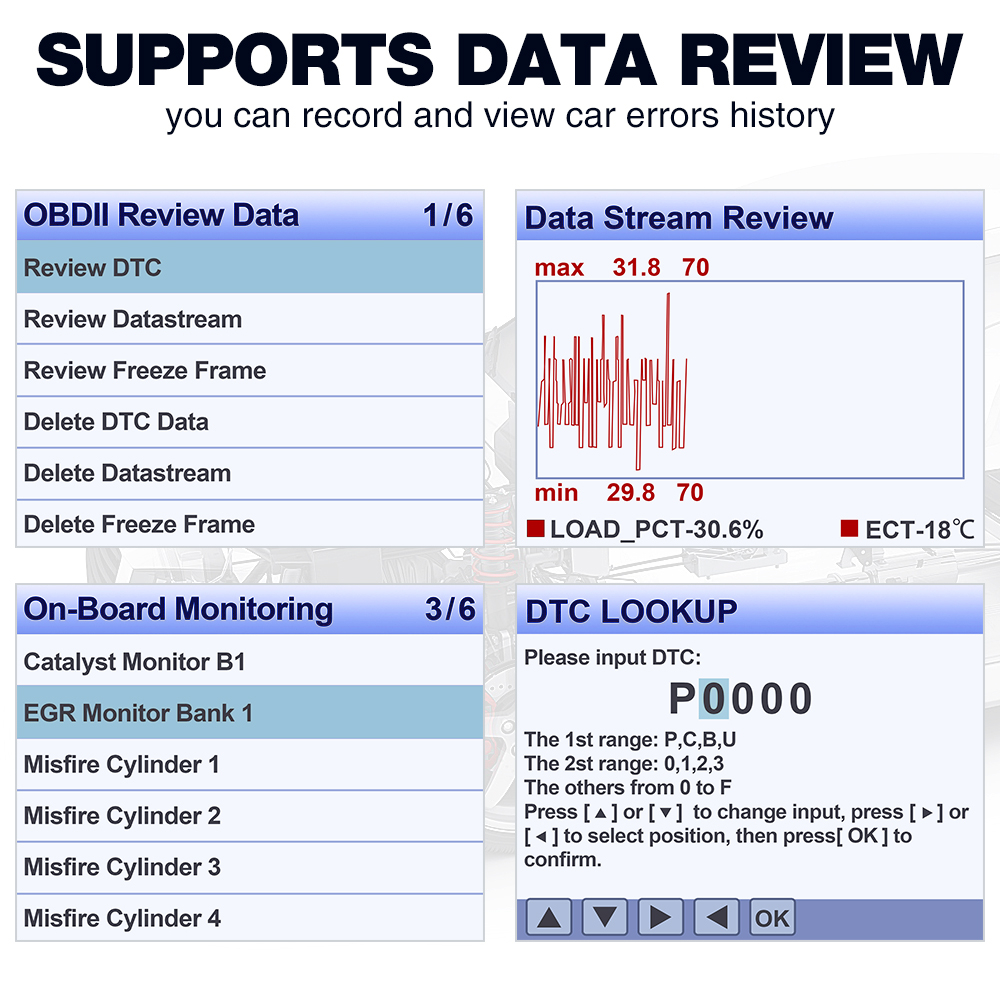 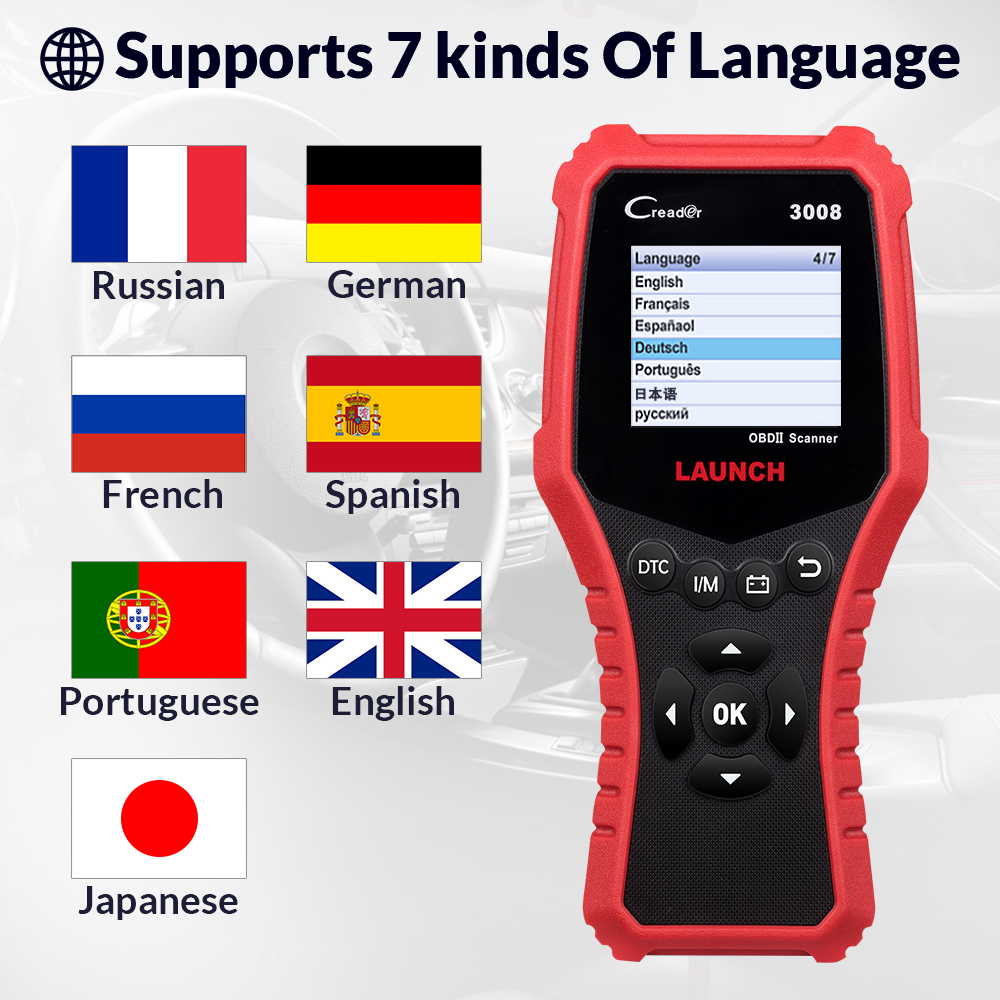 LAUNCH CR3008 supports both diesel and gasoline vehicles, as long as the car is compliant with standard OBDII protocols, with OBDII 16pins Diagnostic Port.

for Standard OBD2 Cars from 2006 to Now:
for VAZ, for UAZ, for LADA ; Not works with trucks 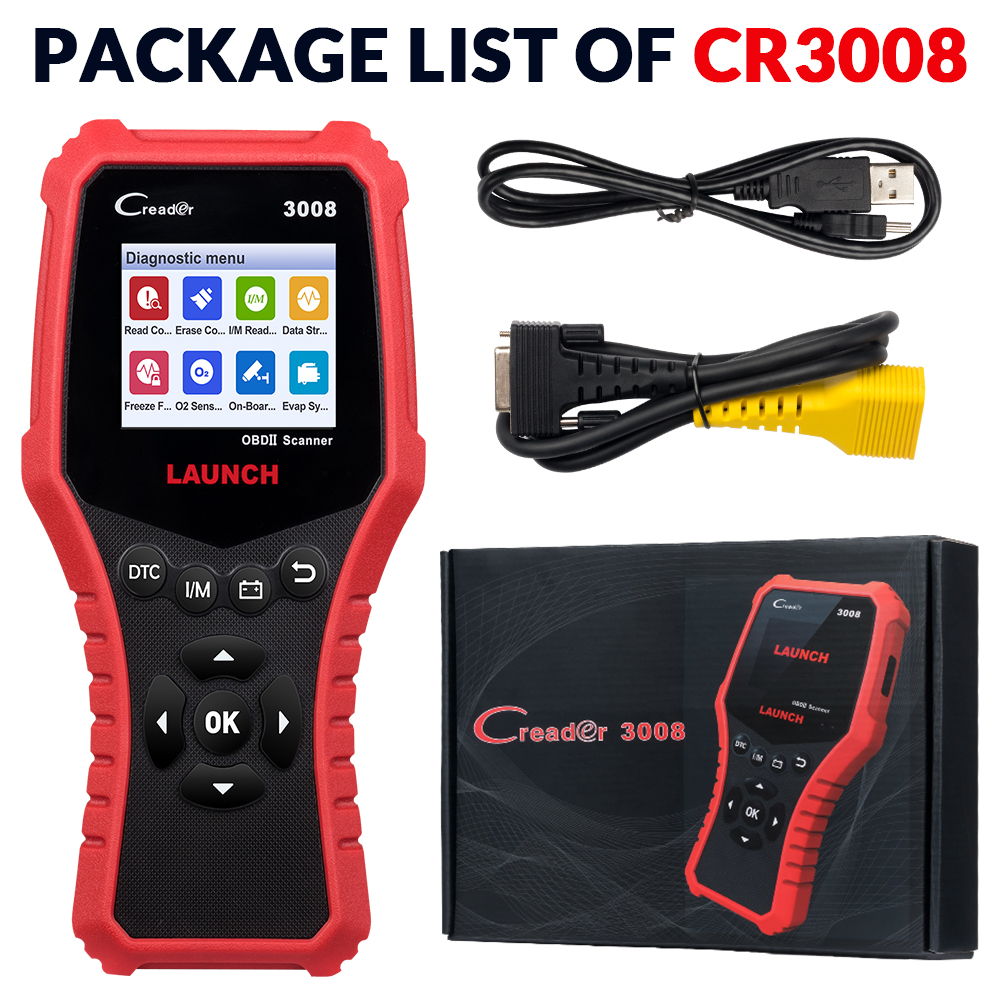 Write Your Own Review
↑
Back to Top